First setback for petroleum industry in the Mediterranean

Zurich/Vienna/Berlin, 17 Dec. 2014: The Spanish Ministry of the Environment, by means of a report by their General Directorate of Sustainability of the Coast and the Sea (DGSCM), has communicated a preliminary negative ruling to British petroleum company Cairn Energy, saying that according to the findings of the environmental impact assessment no oil exploration will be permitted in Balearic waters. The directorate refers to the potential negative impacts of intensive sound used for oil exploration on marine wildlife, particularly cetacean species living in these waters.

The report by the environmental authorities refers in detail to several whale and dolphin species that live year-round in these waters, some of which – like the deep diving sperm whales and Cuvier’s beaked whales – are particularly vulnerable to the noise of up to 240 decibels (dB), which the airguns proposed by the activity would fire into the water several times a minute for several months. The ruling is preliminary, a final decision on the project application is still pending.

Sigrid Lüber, president of OceanCare, welcomes this development: “This ruling simply reflects the evidence of harm that this activity poses for marine life. But compared to other such procedures in the Mediterranean, it constitutes a major setback for the petroleum industry and a success for nature and local population interests.”

The DGSCM stated in its ruling: “The motivation for this negative report is based (…) on the natural values of the area and on the presence of protected areas and species. For this reason the desirable alternative from the point of view of the DGSCM is the alternative of not proceeding with seismic activity in areas with presence of sensitive cetaceans and protected species”, and concluded: “It is considered that this project is not compatible with the objectives set out in the legislation to protect biodiversity nor with the aims of the Law 41/2010 on the protection of the marine environment and on marine strategies.”

The application by Cairn Energy to explore oil resources off the Balearic Islands is one out of many, and conservationists hope that the ruling will soon be made into a final decision. “Intensive sound waves, like those produced for seismic resource exploration, pose an enormous threat to marine wildlife. The numerous international resolutions aiming at protecting cetaceans and other ocean species from underwater noise must be implemented, or they wouldn’t be worth the paper they were written on”, states Nicolas Entrup, spokesperson for OceanCare and NRDC.

A few weeks ago there was a first refusal of seismic explorations south of Malaga, one of the main habitats of the Cuvier’s beaked whale in the Mediterranean, which was granted the highest level of protection at this year’s conference of the parties to the Convention on Migratory Species. The marine areas around the Balearic Islands are another important habitat of the Cuvier’s beaked whale.

The conservation NGOs, working within a civil society coalition, the Alianza Mar Blava, are calling on the Spanish government not to further delay the final decision. The political climate is tense, as in spring 2015 regional elections on the Balearic Islands will be held, followed by nationwide elections in autumn. 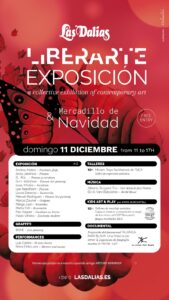 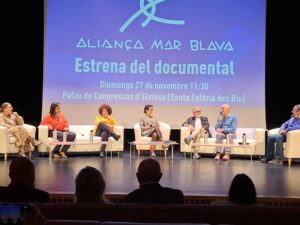 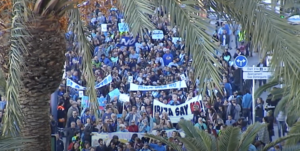 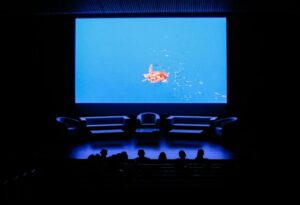 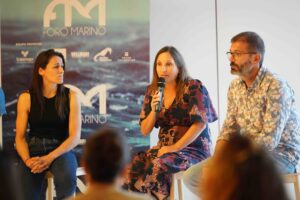